When I asked Corvette lead engineer Tadge Juechter at the reveal of the 2020 Corvette on Thursday if there is any chance the manual will come back, he replied simply: “No.”

Juechter said a manual-equipped Corvette wouldn’t sell well enough to make it worth a supplier’s effort to develop.

“We couldn’t find anybody honestly who’d be willing to do it. Because just like the automatic, the DCT, it would have to be a bespoke manual,” Juechter said. “It’s low volume, very expensive. The reason is it’s a low-volume industry. That industry is dying—building manual transmissions.”

Apparently, the take-rate for manuals in the Corvette has plummeted to about 15 percent now, according to Juechter. 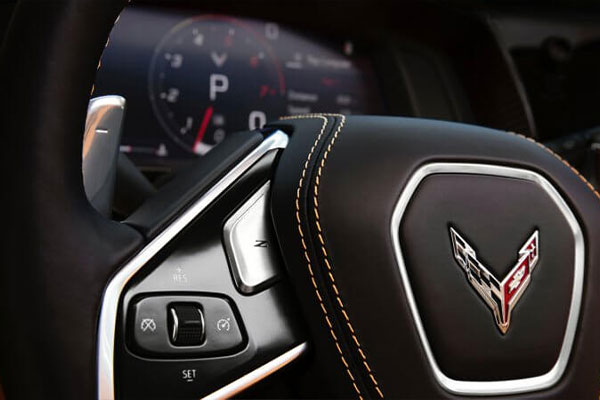 Porsche experimented with dropping the manual from its track-focused 911 GT3 and found it had upset buyers, who have since bought the manual in that car in large volumes. In fact, according to Porsche North America CEO Klaus Zellmer, two out of three buyers opt for the manual.

Juechter said the same wouldn’t hold for the Corvette.

“It’s 15 percent on cars like the Z06, which historically have been only a manual. And as soon as we offer the automatic, everybody buys the automatic,” Juechter said.

The future doesn’t look bright for the manual in the ‘Vette or the industry, Juechter said.

“It’s a dying business. The people who make a living building manual transmissions, they see that it’s not a bright future for them,” he explained.

Instead of a manual or a traditional automatic transmission, the 2020 Corvette will feature a new 8-speed dual-clutch transmission. Its development challenged for the Corvette engineering team, and Chevrolet worked with Tremec to develop the transmission, which will be built in Wixom, Michigan.

Juechter said the DCT had to be developed specially for the Corvette.

“We don’t just find a DCT, an 8-speed DCT that plugs into this architecture with the right dimensions,” he noted.

Beyond making a transaxle-style transmission fit in the Corvette, the engineering team faced other challenges. The low placement of the dry sump-fed LT2 6.2-liter V-8 in its midship placement also affected the transmission.

“That puts huge burden on the transmission, too, because it can’t have a deep sump either, so all the oil management, everything is super slammed. The belting, the transmission, figuring out how to cool it, there’s a ton of complexity around that. That’s one of the equations we had to solve,” Juechter said.

Unfortunately for enthusiasts, the Corvette team solved that equation without allowing for another variable: the manual. While the mid-engine design looks promising from a performance standpoint, a big piece of Corvette history just died.