Guess What? The 2020 Chevrolet Corvette Is Almost Sold Out 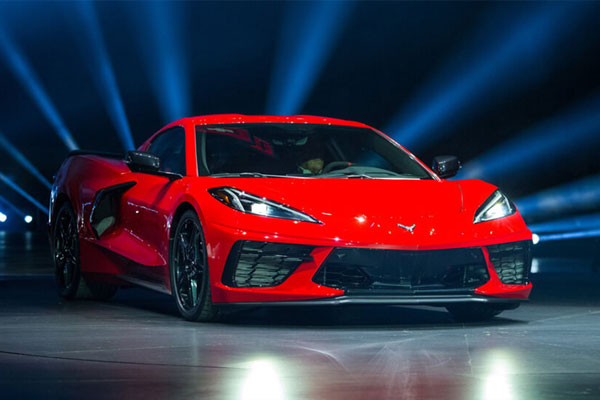 Guess What? The 2020 Chevrolet Corvette Is Almost Sold Out

You snooze you lose.

In what will likely be music to the ears of management parked high up in the GM Renaissance Center in Detroit, Michigan, the 2020 Chevy Corvette appears to already be a smashing success. Switching from a front- to a mid-engine setup was a bold but necessary decision, but there could have been some serious backlash from the Corvette’s most loyal fans. Turns out that’s not the case. Speaking with Michael Simcoe, GM design chief, at the Concours d’Elegance of America, Autoblog has learned the 2020 Corvette is nearly sold out.

“I think the orders have already hit the first year of production numbers,” Simcoe told a large crowd. Asked to further elaborate privately a few minutes later, Simcoe confirmed the C8 is very close to being sold out for the upcoming model year, but there’s still availability. “It’s nearly sold out. It’s so close that it’s bound to be sold out soon,” he clarified.

Unfortunately, Simcoe refused to provide specific production figures, but Chevy has made it fairly easy for those who want a C8 to reserve one, specifically through online registration. Buyers were also able to place an order at this Concours event. We don’t know how many C8s are planned for 2020, so therefore it’s impossible to know how many registrations have been taken so far. We can, however, do our best to provide an estimate.

The Corvette factory in Bowling Green, Kentucky is not exactly a boutique facility, but rather one fully capable of high production output. But at the same time, the Corvette, mid-engined or not, is still a niche sports car. Given its radical change for 2020, we could see GM taking a somewhat more conservative production approach. We won’t know exactly until production numbers are released. Until then, anyone who wants a first model year C8 Corvette, you’d better hurry. Time is not on your side.