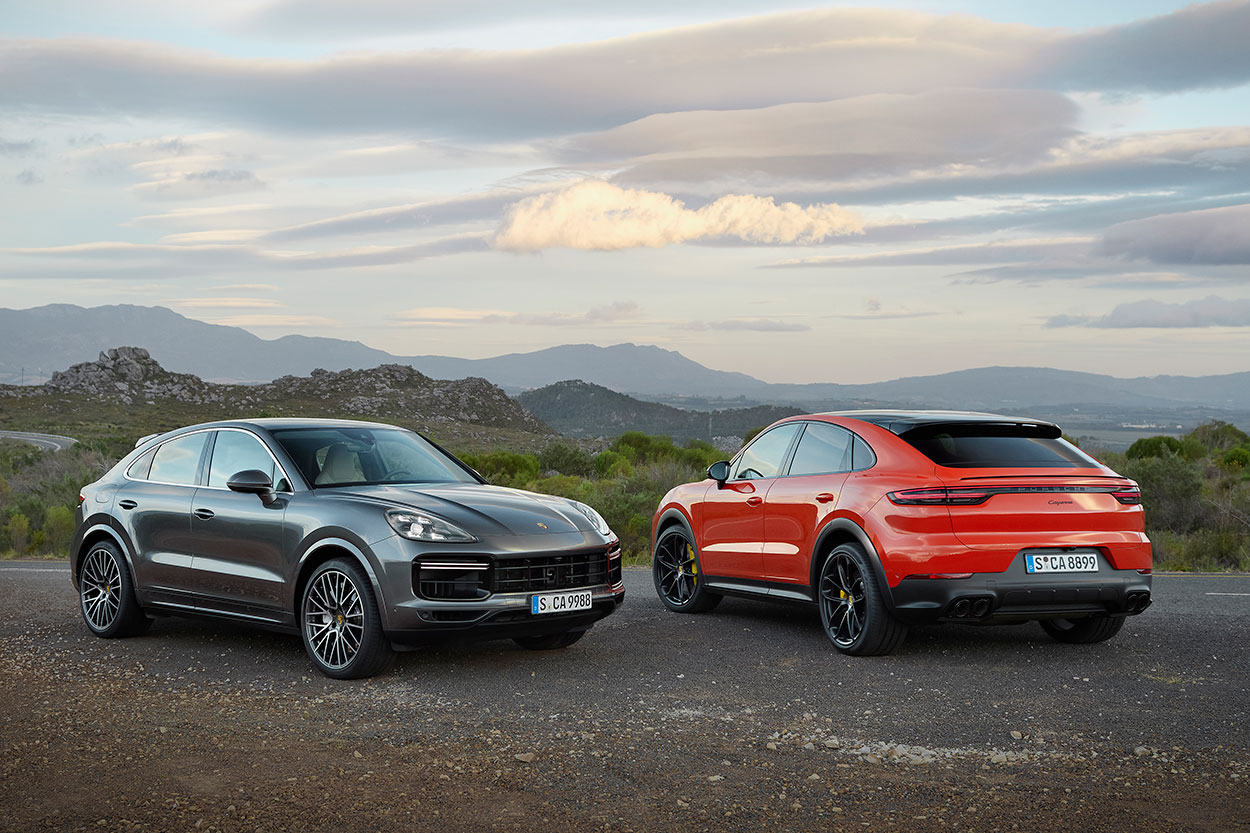 Porsche’s had a badly kept secret for some time now: It has been developing a coupe body style for the Cayenne SUV, so it came as no surprise when the automaker officially unveiled it today. The new Cayenne Coupé and Cayenne Turbo Coupé will be arriving in dealership showrooms in fall 2019. 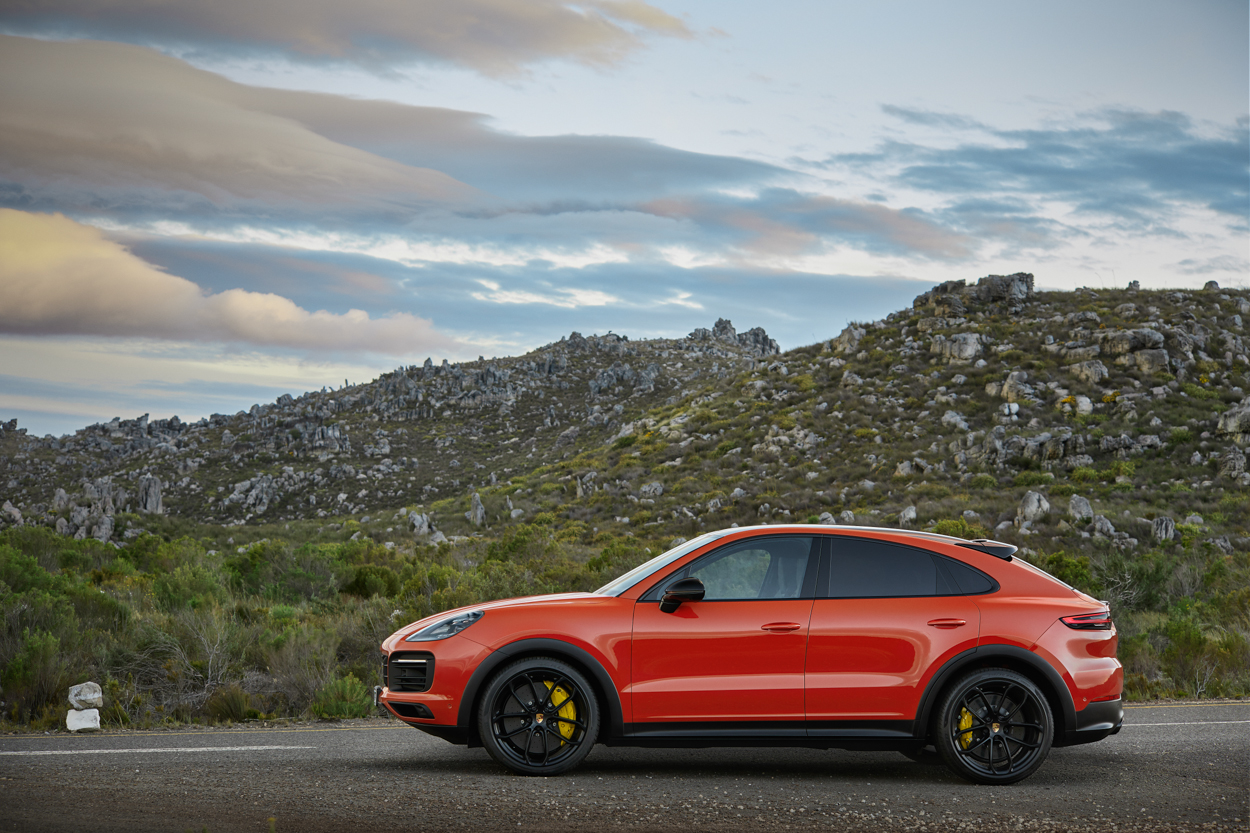 Above: Profile of Cayenne Coupé.

The new body style is exactly as it sounds, a slightly lower Cayenne with a more steeply raked roofline, particularly at the rear, where it slopes downward more aggressively and is adorned by an adaptive roof spoiler. Porsche also says the windshield and A-pillars are “shallower” due to a roof edge that’s been lowered by 0.78 inches, which also contributes to a sleeker profile. To tie the changes together, Porsche redesigned the rear doors and rear quarter panels and made the license plate bracket part of the rear bumper. 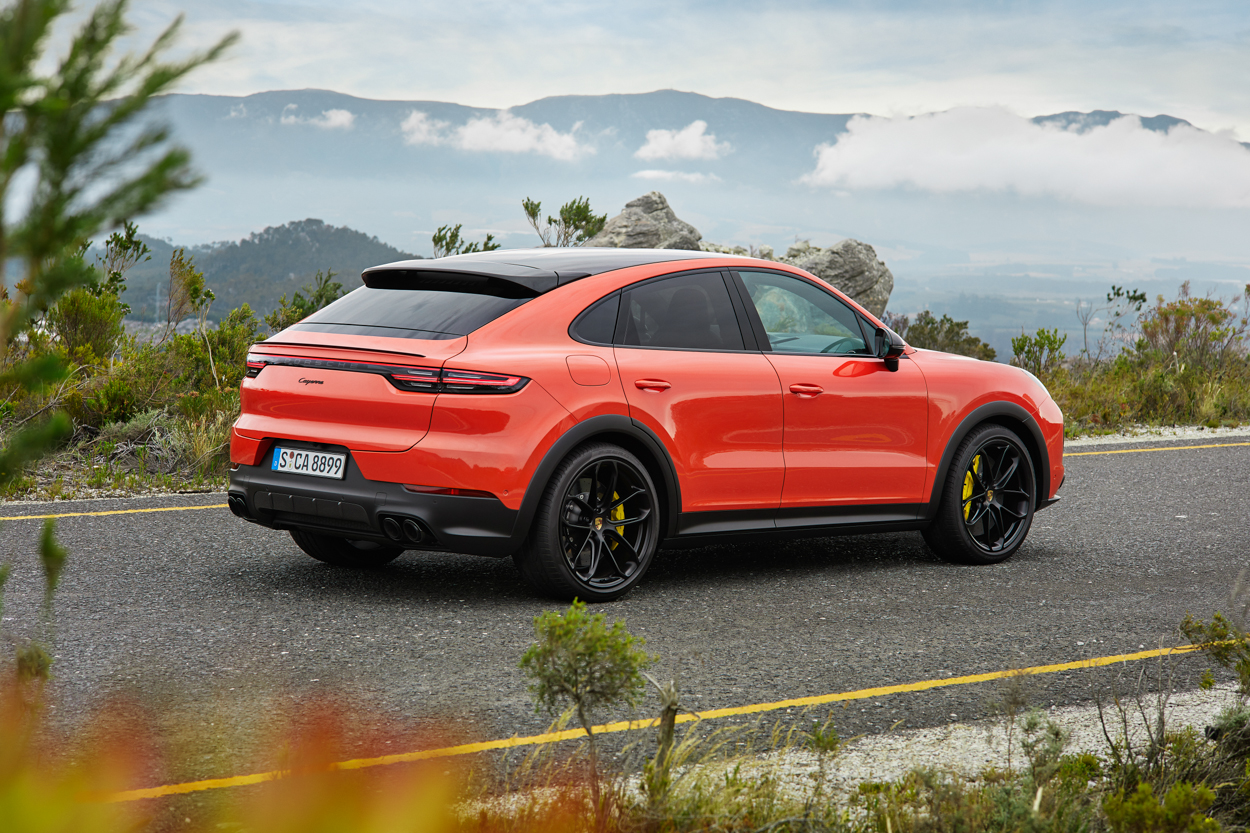 The new, standard roof is a panoramic glass piece with an integrated sunshade, while buyers may also choose an optional carbon-fiber roof. Choosing the latter also nets you several other sporty features, including new, lightweight 22-inch GT Design wheels, pepita fabric seat centers, carbon-fiber and Alcantara interior accents, and, for the Turbo Coupé, a sport exhaust. 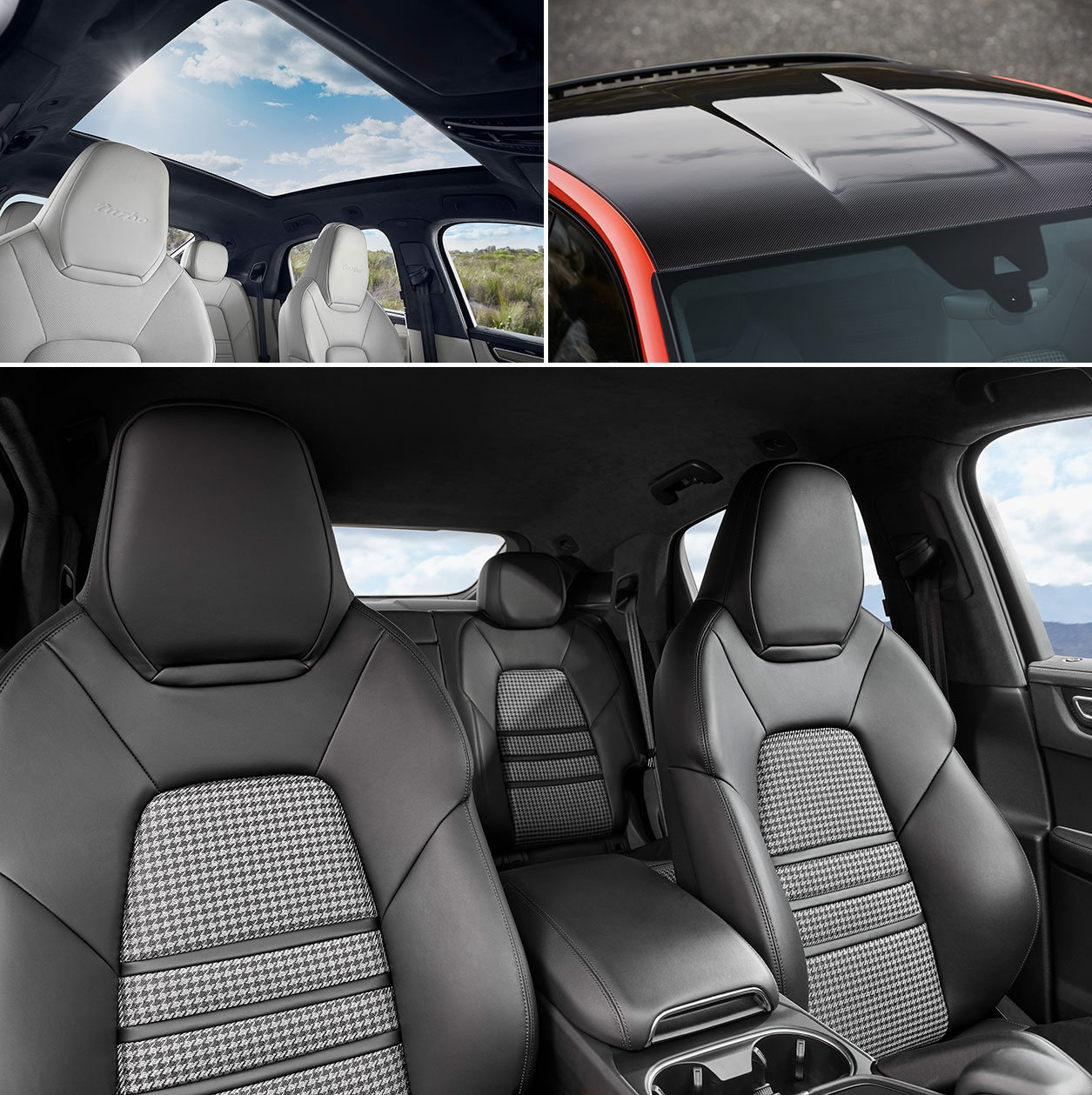 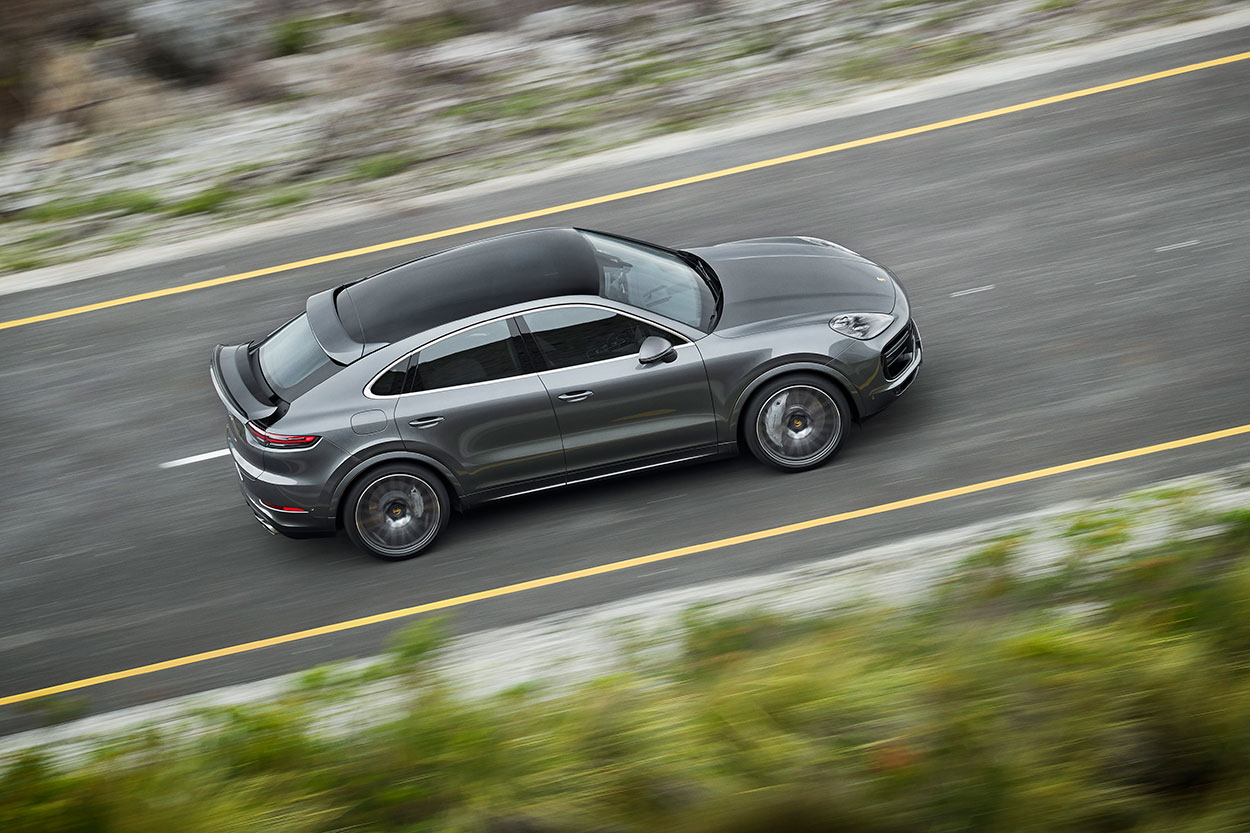 Above: Cayenne Turbo Coupé with its rear spoiler deployed.

People who opt for a Cayenne Coupé over the standard body style also receive some other standard goodies that are otherwise options. They include Porsche’s adaptive suspension (PASM, or Porsche Active Suspension Management), Sport Chrono Package, and 20-inch wheels. New eight-way sport seats in front are also standard, though comfort seats are a no-cost option. The back seat bench is shaped to mimic individual seats, with room for two. 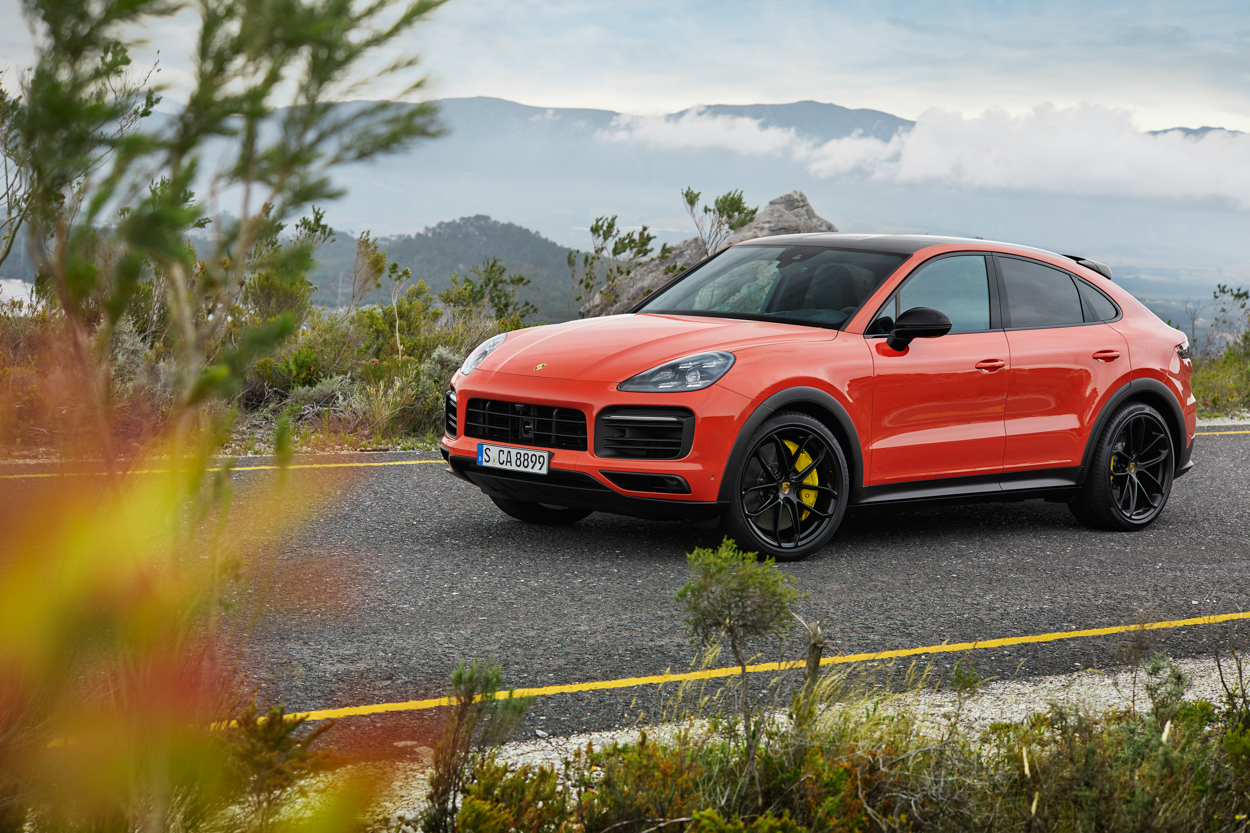 The lower roofline shouldn’t affect rear-seat headroom too much, as the seats also have been lowered by 1.18 inches to accommodate the exterior styling without affecting comfort. Luggage space in the Coupé is 22 cubic-feet with the rear seats up, 53.3 cu-ft with them folded down. The Turbo Coupé’s storage area is a slightly smaller 21.2 cu-ft with the seats up and the same as the base model folded down. 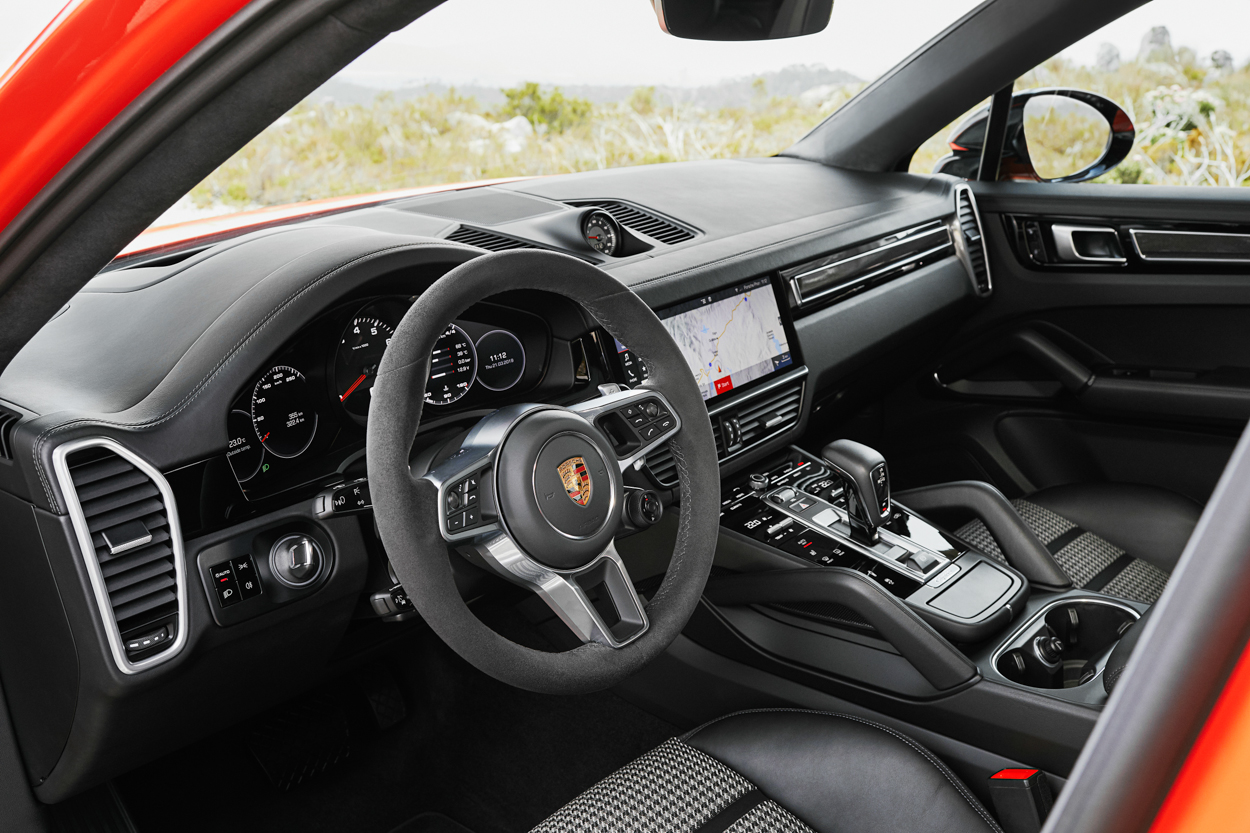 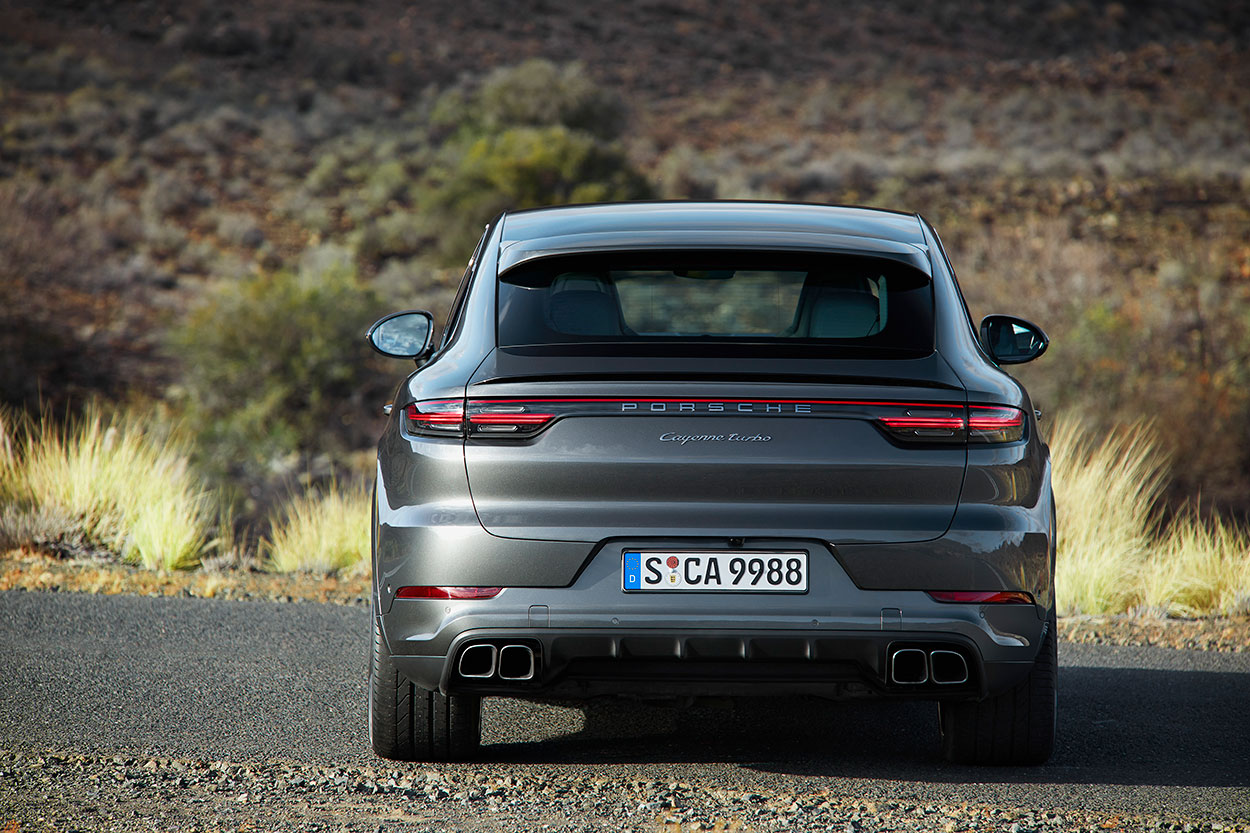